Greece is land of ancient philosophers and poets like Plato, Pythagoras, Socrates, and Aristotle. Greece is known for being one of the most popular tourist destinations in the world. No matter where you explore, you will be surrounded by beauty, history, culture, and nature. Not only famous for philosophers and poet but western civilization originated  from Greece and was introduced to west.

There are so many unique places to visit in greece by private tour. Here are some of the exciting things you can experience:

As of 2014, the estimated population of Greece is 11 million.

The official language of Greece is Greek. However, English is widely spoken and understood throughout the country.

The official religion of Greece is Christian Orthodox, accounting for the majority of its inhabitants. Officially and like in all European countries, the Greek State and the Orthodox Church are separated. The remaining percentage of the population made of up Muslim, Catholic and Jewish faiths.

Citizens of the majority of the countries that are not Member-States of the Schengen Agreement require a visa to enter Greece and the E.U. Visitors from these countries can obtain further information from the Hellenic Embassies or Consulates in their countries, or even from their travel agencies.

Visas are not required by holders of valid passports from the following non-E.U. countries if they want to visit Greece and remain in the country for up to 3 months (90 days) within a chronological period of 6 months:

Note: During their stay in Greece, visitors with a visa must also have suitable insurance coverage for emergency medical or other needs.

The Greece power supply is single phase 220 volts at 50 Hertz. Most power sockets in Israel have three pin holes, but many of them will work with double-pin European plugs. Visitors who want to use shavers, traveling irons and other small appliances may need both transformers and adaptor plugs.

Greece has a Mediterranean climate with plenty of sunshine, mild temperatures and a limited amount of rainfall. Due to the country's geographical position, its rugged relief and its distribution between the mainland and the sea, there is great variation in Greece's climate.

In summer, the dry hot days are cooled by seasonal winds called the meltemi, while mountainous regions have generally lower temperatures.

The winters are mild in lowland areas, with a minimum amount of snow and ice, yet, mountains are usually snow-covered. Moreover, a common phenomenon is the occurrence of different climactic conditions during the same season (for instance, mild heat in coastal areas and cool temperatures in mountainous regions).

In most places the water is safe to drink. However, bottled water is available everywhere and is the most appropriate to drink. Some islands have a water-table that has been mixed with sea-water which will be a different taste than most are used to. All water sources are fine for bathing or brushing teeth. Athens, most of the islands and villages are equipped with springs that will have you drinking water of the quality that you purchase by the bottle at home. 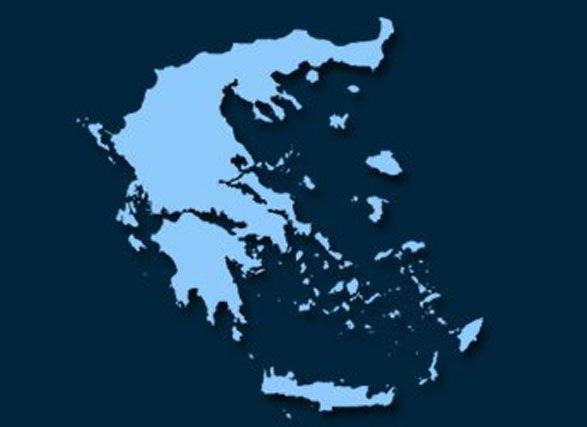 Greece is quite the liberal destination in terms of clothing and attire. Due to its geographical positioning and its Mediterranean climate, what to wear is a direct result of the temperature and laid back culture. International fashion trends tend to be the norm in the major cities.