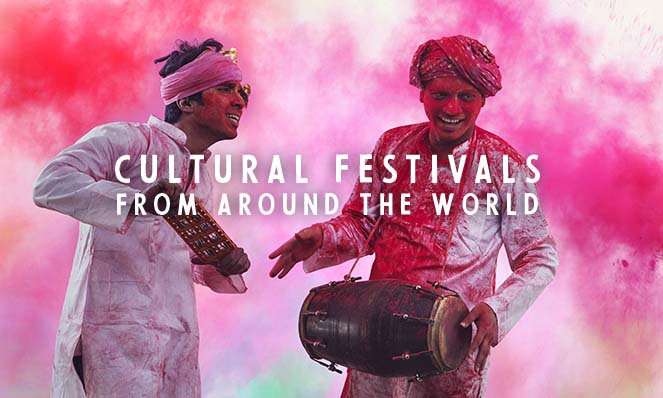 Cultural Festivals from Around the World

We are fortunate enough to live in a culturally diverse world where we can celebrate each others culture directly together through travel. We've compiled our favorite ones in hope that they can inspire you in the same way that they have for us. 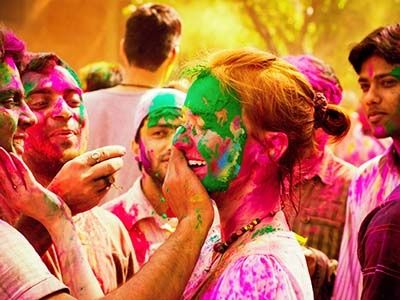 India: Holi is one of the oldest major festivals celebrated in India. This vibrant holiday is celebrated to welcome spring, and is referred to as "The Festival of Colors" or "The Festival of Love", and is celebrated across all four corners of the country. Celebrations begin with a Holika bonfire on the night before Holi, where friends and family gather to sing and dance. The morning of Holi is full of patties where people all across the country color each other with dry powder of colored water, called gulal and abeer. Besides being great fun and promoting a sense of unity and togetherness, Holi also fives a wonderful opportunity for families and friends to send blessings to loved ones, wrapped in special Holi gifts, like sweets! 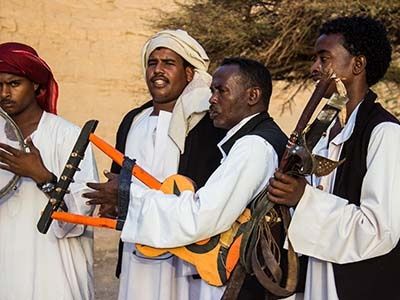 Abu Simbel, Egypt: The temple of Abu Simbel is considered to be the most impressive and ornate building King Ramses II built. The Sun Temple, built in 1250 BC, is carved into sandstone cliffs located along the Nile River and is renowned for its 65-foot tall statue of Ramses II. It is believed that Rameses II deliberately positioned this temple so that the internal chamber would light up twice a year, once on his birthday (October 22) and once on the anniversary of his rise to the throne (Febuary 22). Crowds gather on the Sun Festival to witness a flood of light shine through the stone and illuminate the statues of Ramses, Ra and Amun in the central chamber - the statue of Ptah, also known as the god of darkness, remains shaded.

Venice, Italy: The Carnival of Venice is an annual festival that commences two weeks before Ash Wednesday and ends on Shrove Tuesday. The carnival was first held in Venice in the eleventh century and was carried out over two months until its falling-off in the 18th century. the festival was revived in 1979 and is infamous for its masks. Partakers in the festival don elaborate costumes and masks associated with Harlequin, Commedie del'Arte, Columbine, the courtesans and the Plague Doctor in St. Mark's Square and enjoy the many buskers and live musicians! 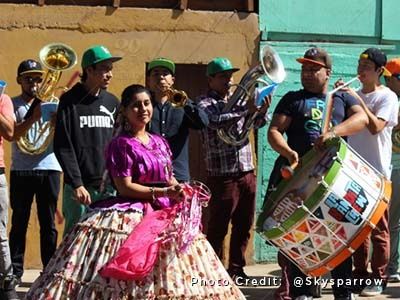 Tarapacá Region, Chile: Fiesta de la Tirana is celebrated in the Tarapacá region of La Tirana in northern Chile and takes place between the twelfth and seventeenth of July every year. This lively festival honors Virgen del Carmen, the patron saint of Chile, and tells a tale of the triumph of good over evil through dance and intricate devil and angel costumes. The religious dance done during the festival known as "chino" dancing, and are performed by communities of a Christian-Catholic nature. La Tirana is the biggest geographically localized religious festival in Chile, as it attracts between 200,000 and 250,000 visitors, while the villages population is 560. 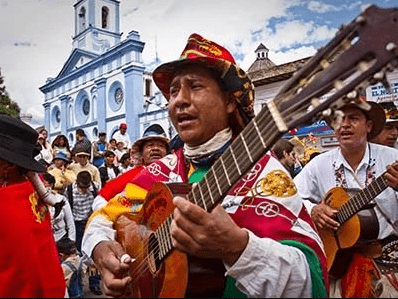 Cusco, Peru: The Inti Raymi, also known as the Festival of the Sun and the New Year, is a religious ceremony founded by the Inca Empire to praise the god Wirracocha, one of the most respected deites in the Inca refion. Inti Raymi is celebrated every year during the Inca's Winter Solstice on the twenty-fourth of June in Cusco, Peru and symbolizes the eternal sanctification of marriage between the Sun and human beings. Festivities involve music, colorful costumes such as the woven aya huma mask and sharing of food. 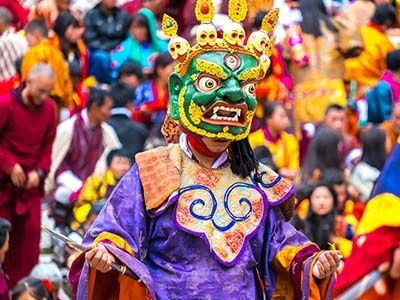 Thimphu and paro Bhutan: Tsechu are annual religious Bhutanese festivals held on the tenth day of a month, according to the Tibetan Lunar Calendar, in each district of the country. These festivals celebrate the Drukpa Lineage of the Kagyu school of Tibetan Buddhism and centered around honoring Guru Rimpoche, the saint who brought Buddhism to Bhutan in the eighth and ninth century. Tsechus are notorious for their dances performed by trained monks and laymen in extravagant masks and costumes called Gho's and Kira's, and are one of the best ways to experience ancient Bhutanese culture.